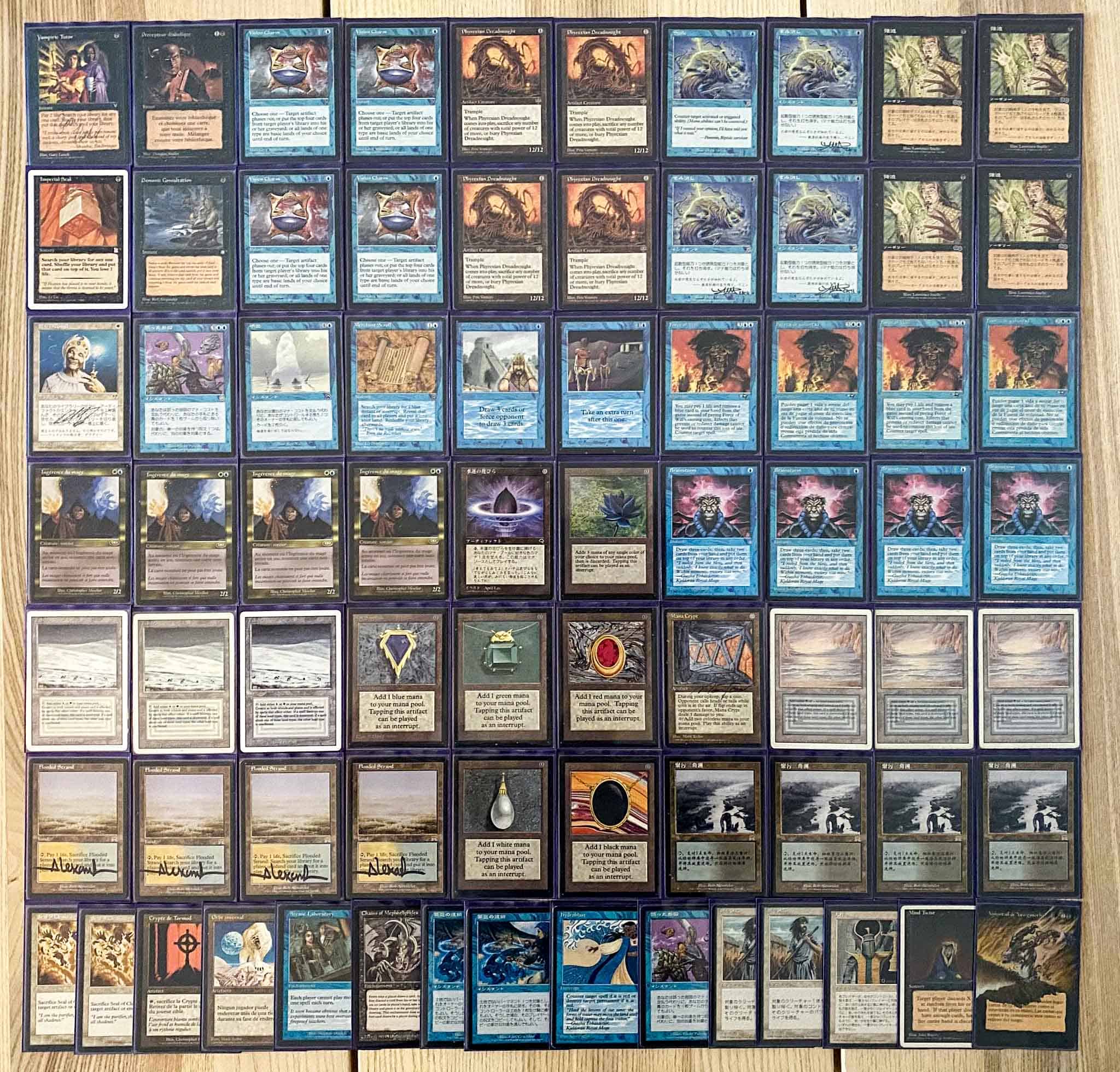 There are very few things more horrendous than seeing a Stifle played by your enemy. One of them is to see only spells played by that very opponent in the stack.

Stiflenought is about controlling the tempo until you can play a Phyrexian Dreadnought and counter it’s “Enter the game” effect by either playing Stifle or perhaps other cards such as Vision Charm.

Stiflenought is nowadays the most popular Old Frame Archetype rocking the Phyrexian Dreadnought, but it has been a while since it won, piloted by John Longo, the II MTG Old Frame League.

MTG Old Frame League (up to the XIII League)

Live Tournaments (up to January 2023)